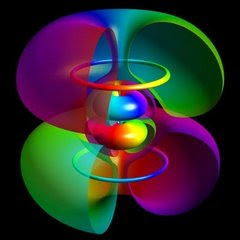 I think its ROGER Ebert

I think that most of your readers will be disappointed to discover that Ebert does not advocate Ian Stevenson-style reincarnation, but the Wallace McRae-style "reincarnation" that atheists have suspected all along: that death ends personal existence.

I am sorry to say I do not think very highly of the Ebert essay.

On the bright side, I did find an afterlife book of which I *do* think highly, at:

It is "COMMUNICATION
WITH
THE SPIRIT WORLD
ITS LAWS AND PURPOSE
Personal Experiences of a Catholic Priest"
by
JOHANNES GREBER.

Have you ever heard of quantum immortality theory? It says the our consciousness continues in these other parellel universes, so consciousness never ceases to exist.

Pre-Orphic cult of Dionsyos also was some of last vestige of the real Goddess religion of the earth before Orphism influenced Christianity, and itself was influenced by the Upanishads which were all world-denying, and death becomes divorced for the Mystery of non-linear process, or birth, death, regeneration

Where we went in physical death was back to the Mother, the Womb, Chaos, and from which all energy rest and is transformed. THAt is the Mystery, but it beomes distorted with the Easter psychophysical dualistic philosophies to mean karma, and the progression to escape from this process

With the Abrahamic belief systems they also seek forms of escape, and of putting'nature'right in-the-future, which reflects their linear-time toxic mimic myth

IF we can understand this Mystery, as it IS, and not trying to SOLVE 'it'--as is usually thought of when trying to 'unravel A mystery' then we will see the VITAL need to respect wearth and all species because this IS our home. This IS US!

Ebert:"We will be back, but a precious lot of good it will do us, because we won't know it. So, yes, reincarnation is possible from a rationalist, scientific point of view. We have been and will be reincarnated as part of the vast store of everything there is. We will be suns, moon, stars, rain. Look for us in the weather reports."

muzuzuzus:"Nature it is now officially 'scientifically believed ‘ to be reduced to particles, chemicals, and genes, and is ‘dead’, having no deep meaningful mysterious sense. In this soulless ‘Wasteland’, instead of the dread of the ‘Devil’ we have the dread of ‘mental illness’ (Szasz/The Manufacture of Madness).

In this ‘brave new world’ there exists a great fear of visionary experiences, non-conformity, and not being accepted as ‘normal’ by this soul-lost culture, which is itself insane and intent on blindly and unfeelingly destroying the very Web of Life."

I think muzuzuzus has part of the story - i.e. that reductionists are terrified of visionary experience.

I'm not impressed. This is mainly word-spinning. He says "We, ourselves, consist entirely in and of this material. Our identities, our names, our personalities, our beliefs, opinions, senses of humor--indeed, what we think of as our minds. We consist of one-dimensional bits of the cosmic total."

This notion has the same problem as all of the materialist theories of mind. Consciousness is simply assumed to be one and the same as things, material or one dimensional strings, or whatever.

But the two are of fundamentally different natures. This is Chalmer's "hard problem", and Ebert comes no closer to a solution, an understanding of the ultimate nature of consciousness, than anybody else.

Dr. Radin, are you aware of the presentiment study conducted by Chris French and Louie Savva? It's not on the Public Parapsychology blog entry about presentiment or on your previous presentiment blog entry comment section. The paper was presented at the The 25th International Conference of the Society for Psychical Research. The abstract is on this page:

Unfortunately, neither of the two experiments produced statistically significant results (this is particularly saddening because the experimenters are skeptics of psi). Their first experiment, however, showed some possible hints of an effect:

"The results of study one were possibly suggestive of a paranormal effect. While the planned statistical tests produced a non-significant but suggestive result, the post-hoc tests did produce a significant result, although in the opposite direction to that expected."

The results of their second experiment were "wholly negative."

I'd really like to see some more skeptics attempt to replicate this effect.

Thanks, I was not aware of that study. And I agree, it would be great to see many more replications.

I don't agree, however, about the implication that studies by "skeptics" would or should carry more evidential weight. I am certainly a skeptic in the sense of thinking critically about what I do and what I'm prepared to believe, as are my colleagues who have conducted these studies. Indeed, anyone claiming to be doing science has to be skeptical.

Dick Bierman and Ed May in particular were both extremely skeptical of my initial results, and yet they were able to significantly replicate them.

So the distinction I imagine you're drawing is not skepticism per se, but rather a priori openness to the possibility that a phenomenon might exist. That description would fit me, and it is not incompatible with also being skeptical.

The crucial difference between (pseudo) "skeptics" and parapsychologists is that the former reject psi altogether, while people like Ed May at least already accept psi - though they may be skeptical of various experimental approaches to the phenomena.

Dean Radin said:
So the distinction I imagine you're drawing is not skepticism per se, but rather a priori openness to the possibility that a phenomenon might exist.

It all gets more complicated because of the tricky nature of psi and the mind. Like discussed before in journals and here on this blog, the experimental effect makes any "objective" experiment hard to achieve, and thus many extremely skeptical scientists would destroy the very effect that they are trying to study. But this is a point most of them just wont consider or take seriously.

Like discussed before in journals and here on this blog, the experimental effect makes any "objective" experiment hard to achieve

Just to point out my own typo, it's supposed to be Experimenter effect, not experimental effect :)

""Unaccomplished activities of past lives are also one of the causes
for reincarnation. Some of us reincarnate to complete the unfinished
tasks of previous birth. The is evident from my own story of
reincarnation:
"My most Revered Guru of my previous life His Holiness Maharaj Sahab,
3rd Spiritual Head of Radhasoami Faith had revealed this secret to me
during trance like state of mine. This was sort of REVELATION.
HE told me, "Tum Sarkar Sahab Ho" (You are Sarkar Sahab). Sarkar Sahab
was one of the most beloved disciple of His Holiness Maharj Sahab.
Sarkar Sahab later on became Fourth of Spiritual Head Radhasoami
Faith.
Since I don't have any direct realization of it so I can not claim the
extent of its correctness. But it seems to be correct. During my
previous birth I wanted to sing the song of 'Infinite' (Agam Geet yeh
gawan chahoon tumhri mauj nihara, mauj hoi to satguru soami karoon
supanth vichara) but I could not do so then since I had to leave the
mortal frame at a very early age. But through the unbounded Grace and
Mercy of my most Revered Guru that desire of my past birth is being
fulfilled now."
I am one the chief expounder and supporter of Gravitation Force Theory
of God. This is most scientific and secular theory of God. This is the
Theory of Universal Religion. I have given Higher Theory of
Everything. Sometimes back I posted this as comments to a blog on:
'Fighting of the Cause of Allah by Governing a Smart Mathematics Based
on Islamic Teology'
By Rohedi of Rohedi Laboratories, Indonesia. Rohedi termed my higher
theory of everything more wonderful than which has been developed by
Stephen Hawking. Some details are quoted below:
rohedi
@anirudh kumar satsangi
Congratulation you have develop the higher theory of everything more
wonderful than which has been developed by Stephen Hawking. Hopefully
your some views for being considered for Unified Field Theory are
recognized by International Science Community, hence I soon read the
fundamental aspect proposed by you.
I have posted my comments to the Blog of Syed K. Mirza on Evolutionary
Science vs. Creation Theory, and Intellectual Hypocrisy. Syed Mirza
seems to be a very liberal muslim. He responded to my comments as
mentioned below.
"Many thanks for your very high thought explanations of God.
You said:
"Hence it can be assumed that the Current of Chaitanya (Consciousness)
and Gravitational Wave are the two names of the same Supreme Essence
(Seed) which has brought forth the entire creation. Hence it can be
assumed that the source of current of consciousness and gravitational
wave is the same i.e. God or ultimate creator.
(i) Gravitation Force is the Ultimate Creator, Source of Gravitational
Wave is God"
Whatever you call it, God is no living God of any religion. Yes, when
I call it "Mother Nature" is the God generated from all Natural forces
and Gravitational force is the nucleus of all forces or we can presume
that Gravitation is the ultimate guiding principle of this Mother
Nature we call it non-living God unlike living personal God of
religions. I can not believe any personal God would do so much misery
created for its creation. Hence, only non-living natural God can
explain everything in the Universe. When we think of any living
personal God, things do not ad up!"
I have also discovered the mathematical expression for emotional
quotient (E.Q.) and for spiritual quotient (S.Q.).
Austrian Scientist Rudolf Steiner says,
"Just as an age was once ready to receive the Copernican theory of the
universe, so is our age ready for the idea of reincarnation to be
brought into the general consciousness of humanity".