On the Discovery Science TV channel on Sunday June 15 , at 9 PM eastern, 6 PM pacific in the US, a show with the peculiar title "Foolproof Equations for a Perfect Life" will be aired. This was originally aired as a BBC Horizon program on decision-making. It included a segment describing the presentiment experiment. I don't know whether that bit survived the editing for the US version, but if it does you'll see yours truly run a demo of a presentiment experiment.
Posted by Dean Radin at 8:35 PM 18 comments: 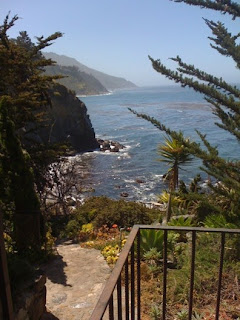 This week I attended a symposium on "The Supernormal and the Superpower," sponsored by the Esalen Institute's Center for Theory and Research. The group of about 20 religious scholars, comic book artists, writers, and historians, and scientists, discussed overlaps among mythology, religious lore, comic book superheroes, and experimental evidence that some of the superpowers (primarily psychic abilities) are real.
Here's a link to a picture of the participants, from Christopher Knowles' (one of the participants) blog: The Secret Sun: Super-Normal Seminar Class Picture

I'm interested in the ontological implications of real superpowers. Obviously the powers of comic superheroes are embellished for the sake of art, but I suspect that some of the powers (known as siddhis in yogi lore, charisms in Catholic lore, and attainments in Sufi lore) are based on genuine abilities not just in superheroes, but potentially in all of us. 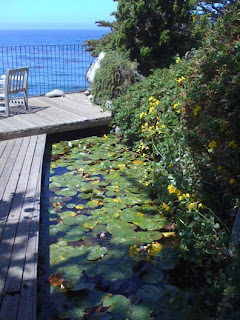 These photos show the Esalen grounds just outside of our meeting room. 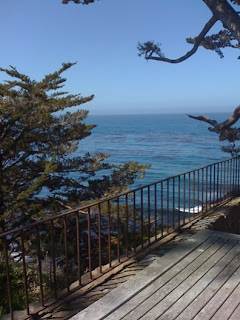