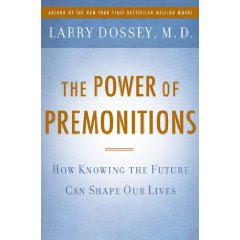 This is Dr. Larry Dossey's new book on premonitions, ranging from anecdotes to scientific evidence to possible meaning and value. Written in Dossey's crystal clear style, and saturated with endnotes and references, this is an excellent overview of what we currently know about the mind-bending experience of knowing the future before it arrives. I advise caution when thinking about retrocausation, because if you try to figure it out it will make your brain hurt. Fortunately, this book goes a long way towards relieving that particular pain. 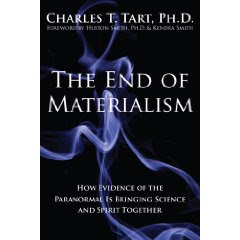 About 30 years ago, when I first became seriously interested in parapsychology, Charles Tart was one of a handful of scientists I approached who provided me with some encouragement. Most of my other colleagues and elders at the time suggested it would be better to do something else. Anything else. But Charley's approach to parapsychology, the clever experiments he conducted, and the way he framed the broader context of this topic (which evolved into the field of transpersonal psychology), convinced me that parapsychology was the most interesting of the many possible research directions I could have taken. The theme of his latest book is that scientific (or I should say, scientistic) models based solely on materalistic assumptions are wrong, and here are the reasons why. In building his case, he provides quick overviews of most of the lab-based and observational evidence (ESP to NDEs, and everything in between). He also analyzes the cognitive pathology of hyper-skepticism in some detail to show why materialism rules and why psi research remains on the scientific fringe despite the mounting evidence. While Tart does not discuss it, I strongly suspect based on his analysis that besides psi, three other topics are likely to be worth serious consideration as well: cold fusion, homeopathy, and UFOs.
Posted by Dean Radin at 9:51 AM 65 comments: 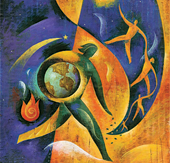 Institute of Noetic Sciences conference, June 17-21, Tucson, Arizona
This is IONS' biennial conference. I will be giving a presentation on advances in psi research, including preliminary results of my recent experiments involving the effects of consciousness on a double-slit optical system, a workshop with Dr. Julie Beischel on the evidence for survival of bodily death, which is planned to include a demonstration session with a research medium, and an evening experiment in collective awareness and intuition.
Posted by Dean Radin at 3:43 PM 11 comments:

Two examples of unquestioned adherence to the 17th century mechanistic assumptions underlying the supposedly modern brain sciences. From Time magazine, "why we're superstitious," in which superstitions are reduced entirely to quirks of brain functioning. And from Newsweek, more on the same, both referring to a book entitled Supersense.

My problem with such efforts is not with the neuroscience, which is undeniably interesting. Rather, I'm worried that the authors of these books, and the journalists who write the articles, haven't bothered to do their homework. For example, the author of Supersense says in response to the question, "What are some examples of things that people believe science will one day explain?"

Telepathy, precognition, anything that involves the mind. Typically they will think that humans have this untapped potential for connecting with each other over large distances, which would violate the current laws of physics as we currently understand them. Of course, they always respond with, "Well, the current laws of physics are always changing, so how can you be so certain that these things aren't real?" Well, we can't prove these things don't exist, but then they never really lay themselves open for scientific investigation. That's why it's really problematic to talk about them as being real science.

Some day, perhaps a young, naive journalist will ask,"Exactly what laws of physics are violated by these beliefs?" And "why can't we study these beliefs?" And "have they in fact been studied?" And "what do the results show?" Four simple, innocent questions, which when answered with empirical evidence in a calm, rational manner, would radically challenge the whole thrust of these books and articles. And that, of course, is why older journalists don't even bother to ask the questions.
Posted by Dean Radin at 2:30 PM 11 comments:

This remains a controversial field of study. While over 30 years of data has been gathered with statistically significant results frequently occurring under laboratory conditions, skeptics are not convinced that RV is a useful pursuit. In addition to this, some of the output from RV can be vague and subject to personal interpretation.

A number of factors have been shown to improve the success rate for remote viewing, including the use of experienced subjects, individual testing, feedback of results, and a short time-interval between the percipient response and the targeted future event. Finally, there also appears to be a relationship between the effectiveness of remote viewing efforts and sidereal time, which may be interpreted as evidence that some aspects of RV are subject to the same physical laws as are other phenomena studied by science. Remote viewing and related processes merit further exploration and study. While remote viewing may never be completely understood, it has the potential to make a meaningful contribution to the professional futurist′s toolbox.

As often happens when a paper reporting some aspect of psi reaches a positive conclusion, and appears in a journal not known for entertaining this topic, the editors of the journal add a special apologetic notice to help absolve themselves from any blame (or flames). In this case the editors wrote:

Note: The opinions expressed in this column are those of the author, with no implication of agreement by either the editors or the Advisory Board. The question it raises is whether further research into this controversial area as a technological forecasting approach is desirable, or unwarranted as being based on questionable fringe science. It is interesting to note, for example, that experimental research on instinct or intuition by Dr. Gerd Gigerenzer, director of the Max Planck Institute for Human Development in Berlin, indicates that intuitive wisdom often outperforms the calculations of experts (see his book ʽʽGut Feelings: The Intelligence of the Unconscious" (2007); also New York Times, August 28, 2007).
Posted by Dean Radin at 11:56 AM 5 comments:

Why What Frightens 'Skeptics' Frightened Einstein

"I'm fascinated by the fanatical zeal with which self-styled skeptics pounce on non-ordinary events and try to discount them--largely by the liberal use of words like 'preposterous'. Posing as 'scientific', these ideologues are clinging to a materialism long since discredited by quantum physics..."
Posted by Dean Radin at 11:53 AM 21 comments: