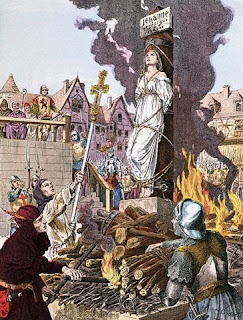 The murder of eleven elderly people in Kenya, for supposedly being witches, is a stark reminder of one reason why psi remains a taboo -- a deep seated fear of supernatural and paranormal forces. We'd probably all like to believe that hysteria about witches disappeared long ago, but as the BBC news item (linked above) says, "Residents [in the town in Kenya] have been ambivalent about condemning the attacks because belief in witchcraft is widespread in the area...." This happened in 2009, not 15o9.

Fear sustains the psi taboo even in first-world countries, partially because hysteria is just as easily inflamed in educated mobs as well as uneducated ones (witness our collective response to swine flu), but also because despite our common struggle towards rationality, there seems to be a natural human tendency to first condemn any sort of anomaly, and to ask questions later (if at all). While Western scientists exploring the bleeding edge of the known are not in danger of being literally burned, there is ample evidence for a persistent societal discomfort. This is most easily seen by observing the vast majority of the general public who are vitally interested in all things psychic vs. the far fewer than 1% of academics who are known for having any interest at all in these phenomena.

Will we ever be able to set aside our collective fears and embrace both the joy and the uncertainties of exploring the unknown? I certainly hope so, but to paraphrase something William James once said, major advancements in this particular wrinkle of the social fabric may have to be measured in centuries rather than decades.
Posted by Dean Radin at 3:15 PM 49 comments:

Ah, the righteous arrogance of youth. I remember what it was like to feel intellectually superior to my college professors, many of whom seemed to be dullards who understood nothing. I grew out of that phase when I started to apply genuine skepticism, not just to others' beliefs, but to my own.

Here is a good example of a young person who fits the profile of adolescent certainty (some people never grow out of this stage). Once a Christian, she lost her faith, followed by a commonly observed flip-flop -- she became a fervent atheist.

Atheists, especially young ones in the midst of existential crisis, do not yet appreciate that their strong stance against religious faith is just faith of another color (i.e., scientism). They are also unable to distinguish between beliefs based on empirically testable ideas vs. beliefs based on faith. And like most true believers in scientism, they become very concerned that one might conduct experiments where the underlying mechanisms are not yet understood. I wish I could say that most students grow out of an over-reliance on the certainty of prevailing theories, but as I mentioned in my previous post, unfortunately many don't.

Her angst centered on an experiment studying precognition. Impossible! Violates natural law! Must be pseudoscience! With that attitude, any evidence offered, however obtained, can only be fraud, or worse.

Of course precognition is not prohibited by physics. The laws of classical and quantum mechanics are time symmetric, and there are many serious articles (this link has just a few examples) available on the topic of retrocausation, which is far more interesting and complicated than a superficial scan might suggest.

Besides my own books (The Conscious Universe is finally in paperback!), I recommend Larry Dossey's new book to get a feel for the art and science of precognition. 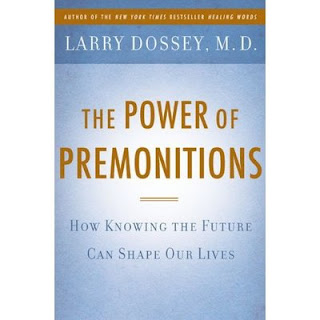 But doing one's homework can be so taxing....

I remember the sanctimonious pride that accompanies feelings of certainty, and I'm glad I outgrew it.
Posted by Dean Radin at 4:47 PM 77 comments:

"Big, government-funded studies show most work no better than placebos," so say the headlines of an MSNBC article, where the $2.5 billion refers to funding over a 10 year period by the NIH's National Center for Complementary and Alternative Medicine.

No alternative cures says the headline, but the body of the report mentions success with ginger capsules, acupuncture, yoga, massage, meditation, other relaxation methods ...
So what doesn't work? A few herbal preparations. The same could be said for dozens of pharmaceuticals. What else?

"... the government also is funding studies of purported energy fields, distance healing and other approaches that have little if any biological plausibility or scientific evidence."

I've said this before, but I guess it deserves repeating: Should existing scientific models and theories, all of which are tentative, determine whether basic research should be conducted on phenomena reported throughout the ages, and for which there is indeed valid scientific evidence, if you bother to look for it?
The answer has to be yes, because otherwise science comes to a screeching halt. By implicitly accepting a quasi-religious faith that we already understand everything worth knowing, science dies a slow death.
I am repeatedly astonished at how arrogant and dangerously conservative some scientists are (and how too many science journalists are so willing to parrot this nonsense. Whatever happened to the vaunted skepticism that journalists are supposed to cultivate?).
Why is this dangerously conservative? Because the same article doesn't mention that over the same 10 year period perhaps a trillion dollars have been spent on developing conventional treatments for cancer, cardiovascular disease, diabetes, etc., and mostly what the average person sees as the result of this enormous investment of our tax dollars is skyrocketing health costs.
This is not to deny that medical progress is being made. Of course it is. Excellent progress. But the point is it takes trillions of dollars to accomplish that.
In the meantime, are there alternative methods that might also be useful, and that often have little to no side effects, and that are usually quite inexpensive? Yes, and fortunately the NIH is providing piddling grants to study them (compared to conventional medicine CAM studies are receiving chump change). But this article seems to want us to drop all such studies:

"Taxpayers are bankrolling studies of whether pressing various spots on your head can help with weight loss, whether brain waves emitted from a special "master" can help break cocaine addiction, and whether wearing magnets can help the painful wrist problem, carpal tunnel syndrome."

Personally I'd much rather spend my tax dollars looking for simple, effective, cheap methods that work, regardless of what existing theories are comfortable with. Go back just 20 years and large swatches of what used to be taken for granted in science and medicine have radically changed. So how can anyone today possibly believe that now we finally understand everything?

Forgive my rant, but this MSNBC article is exactly what is wrong with "big science," medicine, and how research in these fields are often reported. For shame MSNBC!